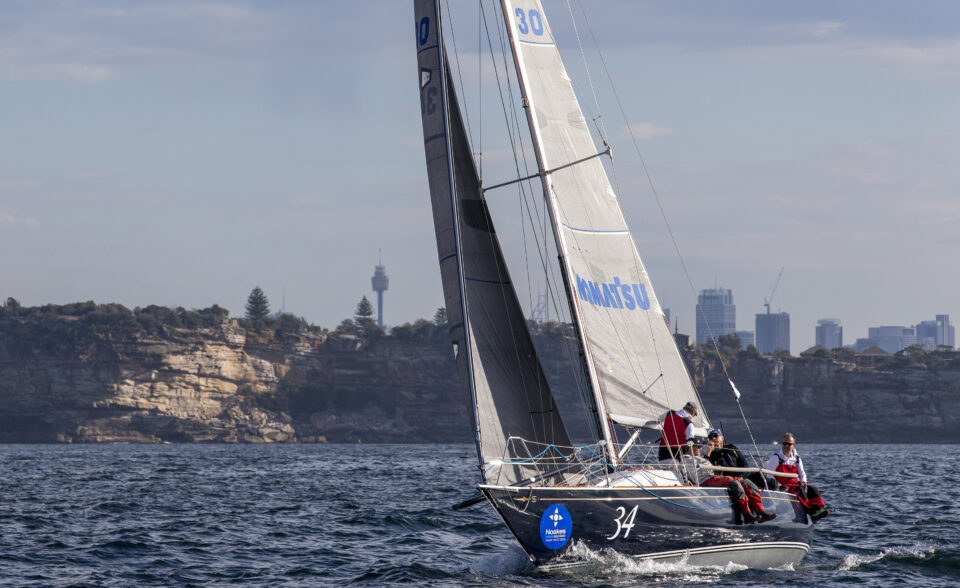 Shane Kearns and his iconic yacht Komatsu Azzurro have added another milestone to their list of achievements. Kearns and his Sparkman & Stephens-designed 34-foot yacht have been awarded the S&S Association Global Regatta win and the Challenge Cup for 2019.

The Global Regatta is a racing competition between the regions of the S&S Association. The Challenge Cup is awarded at the AGM to the yacht that in the preceding year, secured a class or overall win by the greatest percentage corrected time margin relative to the next placed yacht, in either an offshore or inshore race.

Kearns had a solid year in 2018 with results including a class win in the Groupama Yacht Race as well as in the Noakes Sydney Gold Coast Yacht Race where they managed class wins in IRC Div 4, ORCi Div 3 and the top ORCi yacht overall.

Kearns is known for his always positive attitude with limitless amounts of faith in his crew and yacht. His well-known line; “We are going to win! You can take it to the bank!” has rung true again.

“We are working out the plans to get over to the AGM to accept the award, I just had to have a quick look on the map to figure out exactly where Finland is!” Kearns said with a laugh.

“It should be a great weekend with lots of S&S yachts coming from all around to race over the weekend and then have a big celebration at the same time.”

The Komatsu Azzurro team are always planning their next adventure with Kearns already prepping for the upcoming Noakes Sydney Gold Coast Yacht Race in July, whilst also eagerly awaiting the 75th Sydney Hobart Yacht Race Notice of Race to be released.

“We’re waiting for the Sydney Hobart NOR to come out and will definitely be there. 1969 was the last year an S&S yacht won the Sydney Hobart Yacht Race so we will have to win this year on the 50th anniversary of that!” said Kearns.

From the original story here…