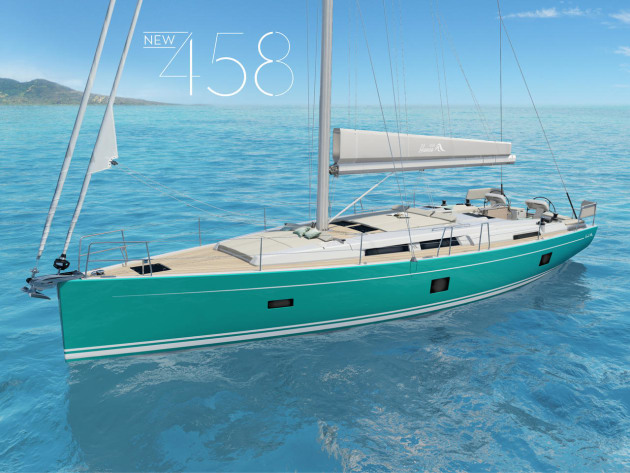 Windcraft this year will have more yachts on display at Sydney In international Boat Show than ever before.

Six premieres will be in the line up including the Hanse 548 with its distinctive hard top bimini, plus the Italian Solaris 47 and the racy Dehler 42. The Hanse 548 is strikingly different with its hard top, second forestay for a genoa with electric furler and its incorporated dinghy garage. The display model has been highly optioned to intentionally showcase the Hanse 8 series.The hard top protects all in the cockpit from the sun, while its low profile glass windscreen gives shelter from the wind but maintains a 360 degree view. The interior has a new stylish finish, which has been introduced to all up-coming 8 series models.
Other stand-out debuts in the Hanse range are the 388 and 418. Fitting into a twelve metre berth, these models have been a best selling size yacht in Australia and New Zealand.

Versatility of use is the prime factor in the appeal of all Hanse models. Any Judel/Vrolijk designed hull and sail plan can be sailed just how the owner wants: racing or cruising.If you are after a smaller size then be sure to check out the babies of the range: the 315 and the new look 348.

If you are looking for unmistakeable Italian style then the Solaris is a headturner anywhere in the world. The yacht on display has just been commissioned for a Sydney Harbour customer and will be on its way to Hamilton Island Race Week straight after the show. Windcraft’s owner Anthony Bishop has recently returned from the annual Solaris event held in Sardinia where he and Ric Hawkins were able to test sail some of the larger Solaris models. Visit them at the Windcraft stand for the latest news from Solaris.

On the speedier side, Windcraft offer Dehler Yachts to sailors who like to step up to satisfy a competitive spirit. The Dehler 42, with full carbon rig and competition specifications, follows the 46 which has already found a market niche in Australia and New Zealand with nine sold already. The 46 will also be on display with the Dehler 38.

Windcraft will be alongside the Smart Boating display where fractional ownership has become very popular. Smart Boating have shares in the Hanse 455 and a new 418 for sale at the show.
www.teamwindcraft.com